This will be an experiment. This years Origami Convention in Germany I want to inform you about it live. So it won't be a usual blog post, but more like a news flash. I am writing in English right now and translate it later. This is how you can get in the mood of a convention, where there are people from so many countries.
And here comes the first picture. We are waiting in the lobby right now, shortly before the registration will start. 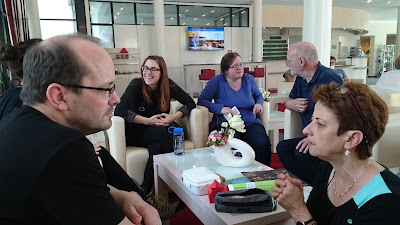 At about two o clock the registration started. Everyone received a beautiful welcome package and afterwards, the folders set up their exhibitions. 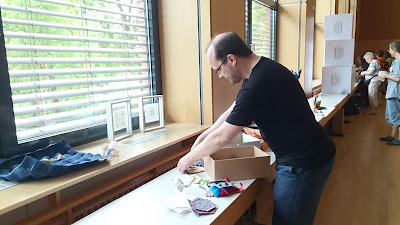 Right now the opening ceremony is taking place. The special guests are presented, Beth Johnson, Sébastian Limet and Dirk Eisner. We learn that there are about 230 people joining this years convention. Everyone is excited, a glass of prosecco is standing right in front of me, we are ready to start!
Finallynwe started folding. Beth tought to all the guests a cute little pig. 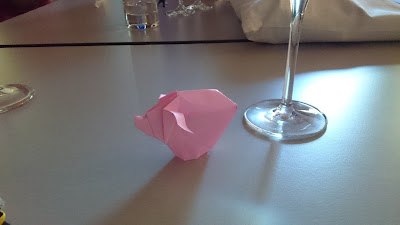 8 p.m.
To show everyone the models that are published in the convention book we are setting up a table with all the folded results. Some of them are folded by the Potsdam Origami Group, some of them were brought or sent by the designers to us. 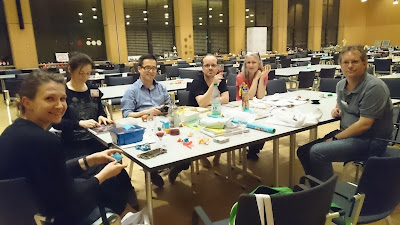 By the way, even more information about the convention can be found at the brand new facebook group 28. Internationales Treffen des Origami Deutschland e.V.

8:30 a.m.
A short nap of 5 hours, nice breakfast and some repacking.
Now I'm sitting in great hall again, slowly people are coming back from their rooms. A long day with many interesting events lies ahaed of us. 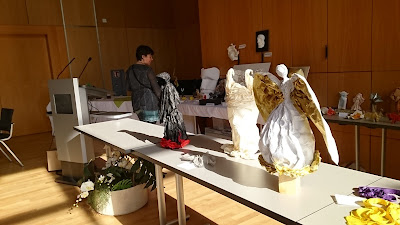 10:40 a.m.
Two workshops done. The first one was tought by Anna Kastlunger. It was a minimalistic cow with colour change. 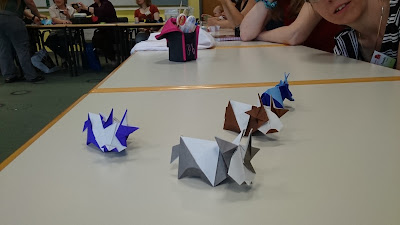 7:30 p.m.
How time flies, when you have fun. Several hours later, I attended another workshop, had a beautiful idea for a new piece of modular origami. We took a group picture, I took a nap. We ate dinner and counted all the ballots of our fairytail competition.
Now we are waiting for the evening programm to start. 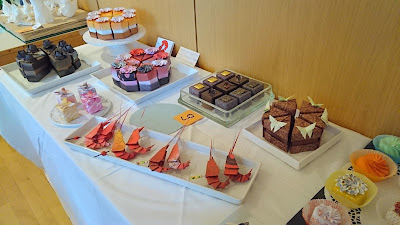 The visualization of "Tischlein deck dich" (the wishing table). 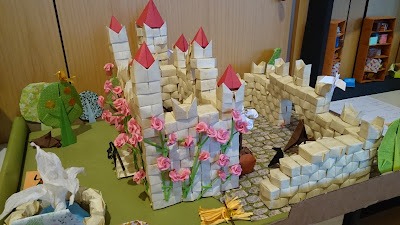 Number two, had two winners. One was the Origami version of "die Schneekönigin" (the snow Queen). The other one was this castle with 12 hidden fairytales. 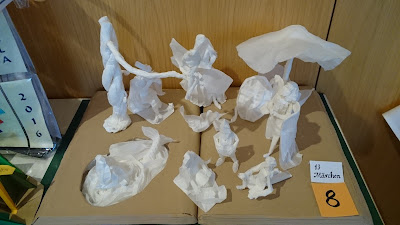 Finally the best entry for the competition was the paper interpretation of 13 fairytales by Lisa - have a look how happy she is. 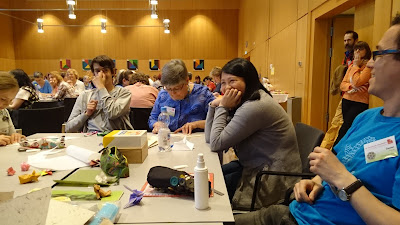 Before the announcement of the winner and afterwards we enjoyed a short concert of musicians playing the Shamisen.
It seemed to quite inspiring to Gerwin, who folded his own version immediately. 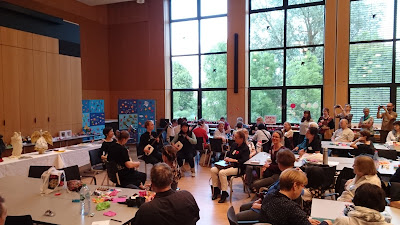 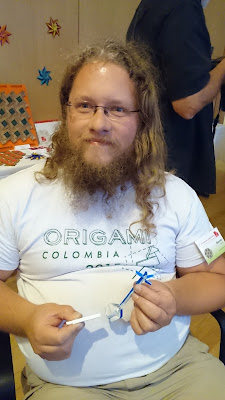 1:13 p.m.
The convention is slowly reaching its end. I already had to check out of my room, but some workshops are still running.
It seems as if I am stuck to cute creatures this year as I made a little puffin in the morning. Again a model by Sébastien Limet. 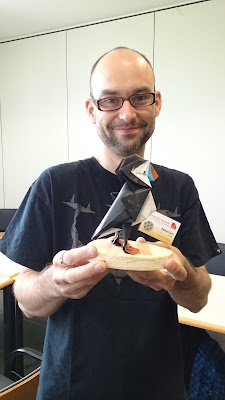 Afterwards I did my next own workshop, the shamrock. Everyone succeeded, again, and we even made a selfie - even though thy picture is quite blurry. 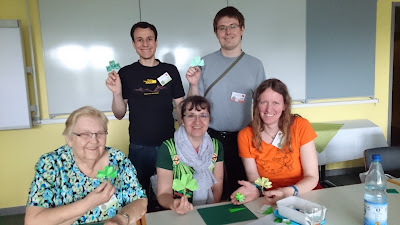 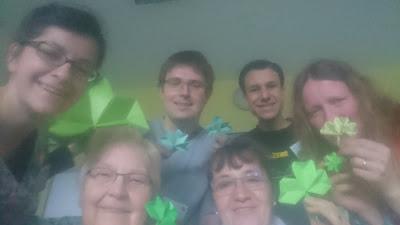 5:10 p.m.
Almost all of the exhibition items are put away. Every now and then people are saying good bye. The convention is definitely coming to an end.
Eingestellt von Kalami um 13:24 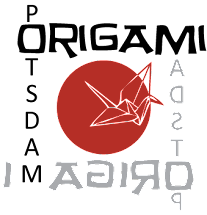 There is also an English text! Just scroll down a bit. 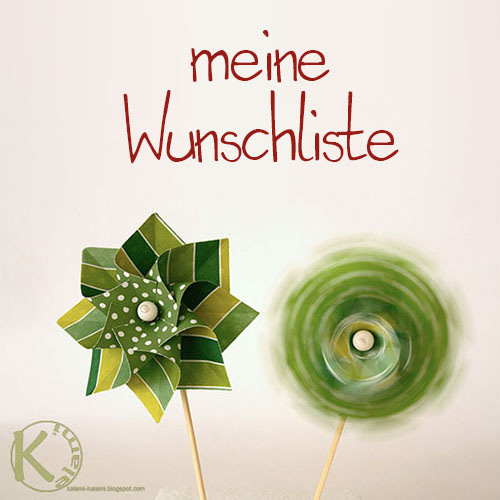 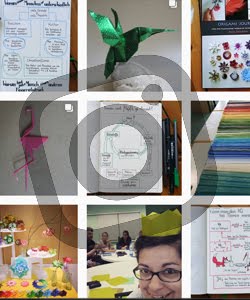